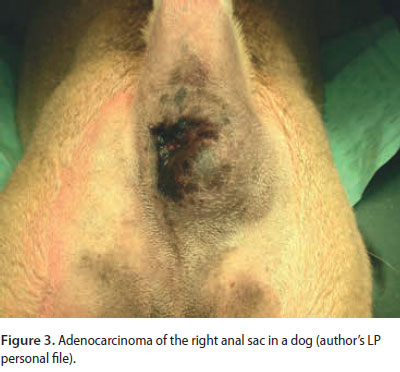 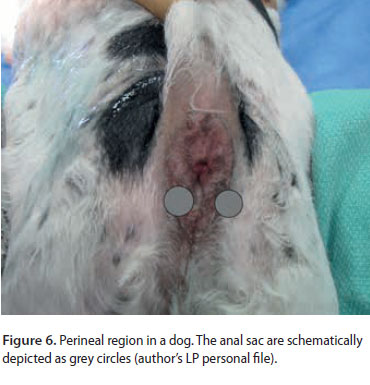 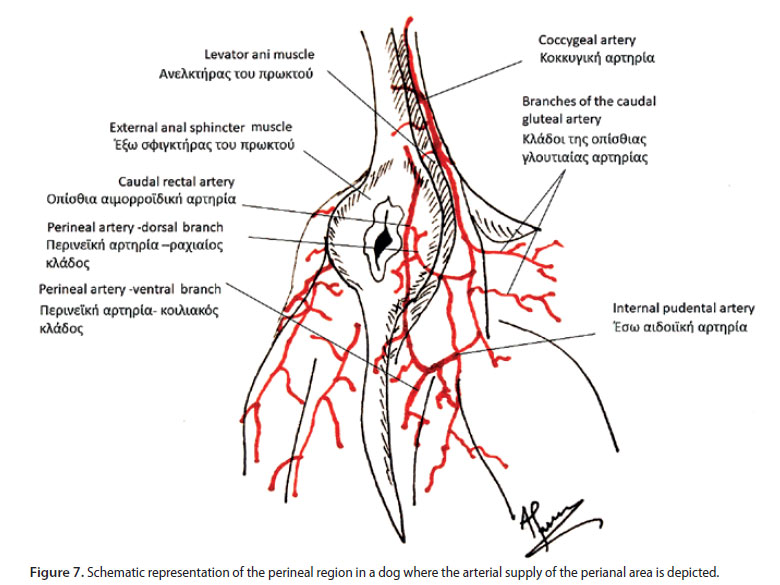 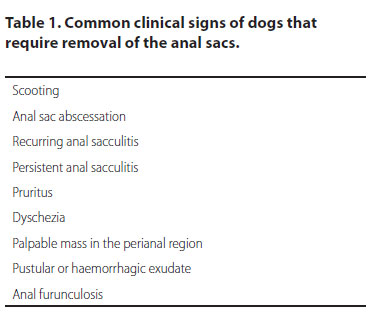 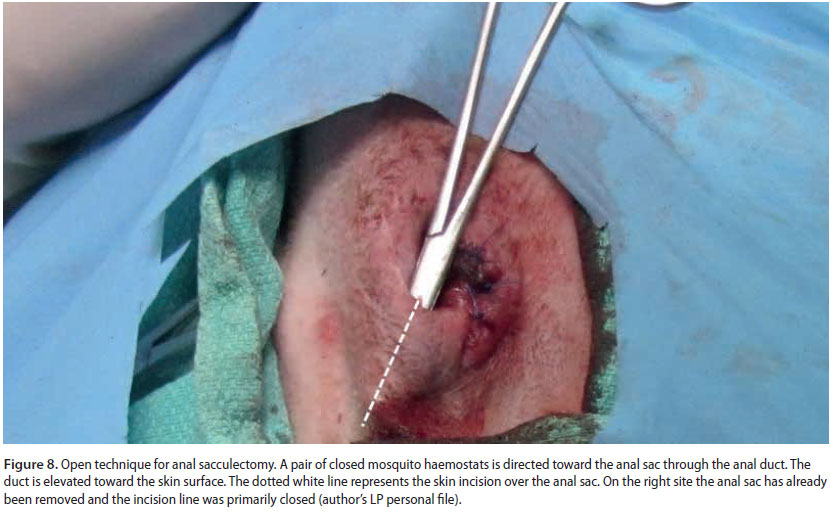 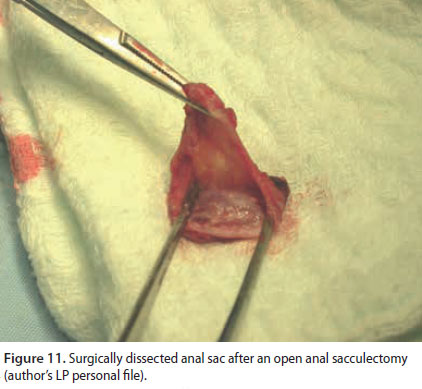 During the closed technique, the AS is removed intact with no incisions through the lumen, and the dissection is directed from the base of the AS toward the duct (Barnes & Marretta 2014, Baines & Aronson 2018). Placement of a mosquito haemostat inside the AS facilitates its identification and can guide the surgeon during dissection of surrounding tissues. A curved incision is made over the AS with the curve of the incision directed to the anus, parallel to the muscular fibres of the external sphincter muscle. The AS is carefully dissected away from surrounding tissues by removing the muscular fibres of the anal sphincter by curved baby Metzenbaum scissors or electrocautery. The dissection should be close to the AS to avoid trauma to the anal sphincter muscle and it is continued toward the duct. In cases of neoplasms, wider tissue dissection is performed to achieve local control. Damage to the caudal rectal artery can cause profuse bleeding and should therefore be avoided as it can obstruct visualization at the surgical site. The procedure is completed by ligating the segment of the duct closer to the anus by synthetic monofilament absorbable 4/0 suture. Lavage of the surgical site is followed by closure of the incision primarily with sutures similar to the open technique (Culp 2013, Evans 2013, Barnes & Marretta 2014, Ruffner et al. 2014, Baines & Aronson 2018). In cases of AS adenocarcinoma, the dissected tissues may include part of the rectum when infiltration by the mass is evident and 1 cm margins should be maintained around the resected tissues. Closure of the rectum incision is obtained with continuous or simple interrupted sutures with monofilament absorbable 3/0 or 4/0 suture. Closure of the subcutaneous tissue and the skin is performed as described previously (Culp 2013).

This is a modified closed approach, in which a 6-French Foley catheter is placed into the AS through the duct (Figure 12) (Downs & Stampley 1998, Baines & Aronson 2018). The balloon is inflated with 1.5-3 ml of saline solution, resulting in visualization of the AS which is palpable under the skin. In cases when the catheter cannot be maintained within the AS lumen during the inflation, a suture is placed around the duct to keep the Foley inside the AS during balloon inflation. An incision is made on the skin over the dilated sac and the AS is dissected away from the surrounding tissues and muscular fibres of the sphincter as it was described in the closed technique. (Figure 13). After the dissection of the AS, the balloon is delated, and the catheter is removed. The AS is resected after ligation of the duct near the anus (Figures 14 and 15). The surgical site is lavaged and closed as described before (Downs & Stampley 1998, Baines & Aronson 2018).

An Elizabethan collar is placed on the animal for two weeks and broad-spectrum antibiotics are administered for 7-10 days, because the procedure is contaminated. Opioids and nonsteroidal anti-inflammatory drugs are administered to manage inflammation and postsurgical pain for 4-6 days. Cold packs are placed on the incision site for the first two days followed by hot packs 2-3 times daily for 10 minutes until suture removal. 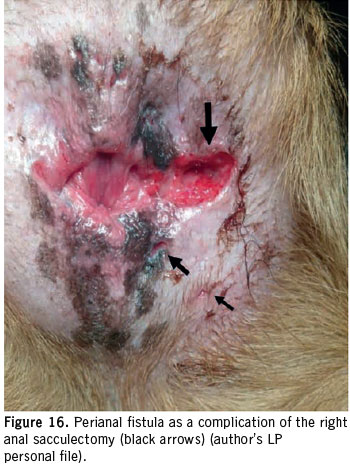